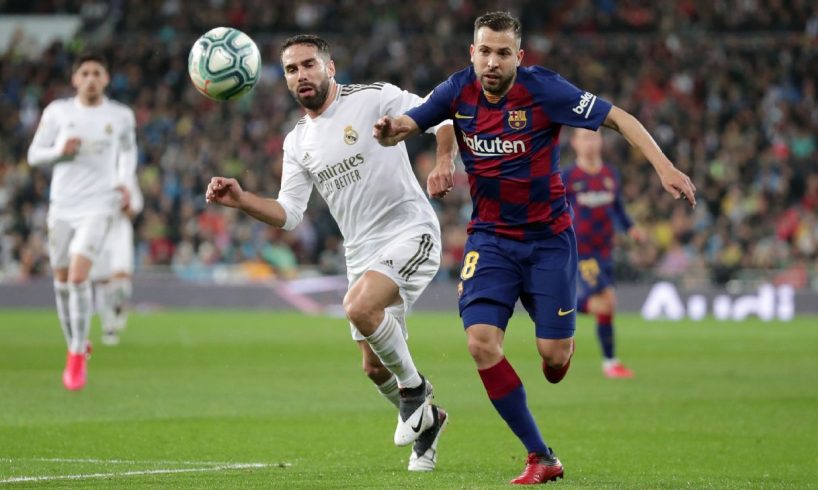 [ad_1]
Talks are ongoing regarding the suspension of La Liga for the next two weeks, sources have confirmed to ESPN, as football continues to take extreme measures to help combat the spread of coronavirus.

The Spanish league has already moved all games behind closed doors until March 25. But with confirmed cases of coronavirus in the country topping 2,000 on Wednesday, there are growing calls for all matches to be postponed for the immediate future.

– Coronavirus: Cancellations and reactions in sports

The Royal Spanish Football Federation (RFEF) has already revealed that all non-professional football in the country — everything below the second division — has been suspended moving forward, including the Copa del Rey final between Athletic Bilbao and Real Sociedad on April 18. Sources have told ESPN that RFEF is also in favour of suspending professional football.

Meanwhile, the Spanish Players’ Association (AFE) has sent a letter to La Liga, the RFEF and the High Council of Sports requesting, on behalf of the players, that all games in La Liga and La Segunda be postponed.

Celta Vigo, Real Zaragoza and Real Oviedo are among the clubs that have also appealed for fixtures to be postponed.

• City-Arsenal off amid coronavirus fears• Sources: Mbappe tests negative for virus• No fans for La Liga, Barca-Napoli due to virus• UEL: Roma-Sevilla, Inter-Getafe postponed• Bartomeu: Messi will retire at Barca• Serie A halted due to coronavirus outbreak• Sala death: No further action after arrest

La Liga sources, following advice from the Ministry of Health, had insisted earlier on Wednesday that games would go ahead without supporters. However, the league will now engage in further talks with the RFEF and the government on Thursday when a final decision is expected to be taken.

Elsewhere, Sevilla’s Europa League game against Roma, scheduled for Thursday, has been postponed. The Italian side’s flight was not allowed to leave for Spain. With the entire of Italy — where Europe’s worst outbreak of covid-19 is centred — locked down, Spain took the decision to ban flights between the two countries.

The decision leaves Barcelona’s Champions League game against Napoli next week in the balance. The Catalan club have already announced the fixture will be played behind closed doors but it’s now not certain the Serie A side will be allowed to travel for the match.

Madrid-based Getafe have also said they will not travel to Milan for their Europa League game against Inter on Thursday. The club’s president, Angel Torres, said he wouldn’t put his players at risk and he didn’t care if it meant UEFA kicked them out of the competition.

All football in Italy has been suspended until April 3.

Spain and Italy are not the only countries where football has been affected by coronavirus. Games have also been suspended or will be played behind closed doors this week in England, France, Germany, Greece, Austria and Switzerland, among others.